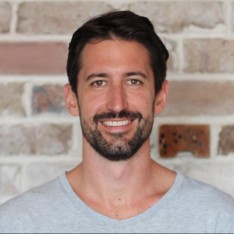 In his famous ‘Don’t Fuck Up the Culture’ letter, CEO and Co-founder of Airbnb, Brian Chesky explains that a strong culture ultimately comes down to upholding your core company values in everything you do.

Getting your values right can have big benefits in creating alignment across different functions, cutting down the need for corporate process, and of course helping you attract and retain the people that will thrive in your organisation.

But for a lot of companies, taking the first step of creating (or re-working) core values is easier said than done. I’ve seen a lot of organisations struggle through the process, spending painstaking days and weeks in workshops. It is not easy.

Recently I attended an event where Campaign Monitor CEO and serial entrepreneur Alex Bard was speaking. Off the cuff he referred to one of the company values, “Make Mum Proud”. Instantly hands went up. What are the other four values? How did they go about creating them? Where can I buy the t-shirt?

Understandably companies going through the process look to others known for having a great culture for inspiration. Zappos, Google and Atlasssian are some of the usual suspects. Indeed on more than one occasion I have been given the brief to “help create a set of Atlasssian-style values for our organisation”.

And therein lies the trick. Too often businesses try to decide on the the big ideas behind values and their creative expression in one go. But in the acclaimed examples the real genius actually lies in how the values are creatively expressed, rather than the fundamental ideas that sit behind them.

For example, Atlasssian use potent language:

Moz tie their values to the anatomy of their company robot-mascot, Roger:

In fact when you look across these companies, in many cases the big ideas or intentions behind the values are identical.

We looked at the values of some of the top company culture leaders and six big themes emerge. Included among the companies were: Zappos, Google, Atlasssian, Facebook, Buffer, Moz and Campaign Monitor. Of course each of these have values that are very specific to their business and sit outside the themes. But they all also have at least three values that sit under one of the six themes.

None of these companies existed 20 years ago but all have been extremely successful in the time since. In some ways the ideas below read like a list of pre-requisites for surviving in today’s world.

We’ll cover the full process for creating your values in a later piece. But for now, if you are trying to build your company values, consider which of these big concepts match the way you work.

In business these days you can’t afford to waste any time. A commitment to absolute focus or mandate of ‘less is more’ won’t set you apart but it may well be the difference between failing and living to see another day.

Many companies are putting the customer at the centre of their overarching organisational mission. But it may also be important to include this as one of your values so your people know how to deliver on that mission.

Setting the expectation that your people should really care (read: with all their heart and soul) about what they do is commonplace in companies with brilliant cultures.

Not being afraid to adapt or take risks (and to do it fast) is unsurprisingly a behaviour encouraged by top performing companies.

We wrote about the transparency movement in a recent post. It requires a lot of hard work to commit to this principle whole-heartedly but the benefits are abundant.

Of course it makes it a lot easier to build a great culture if you’re having fun along the way.