You Are What You Learn: Fixed vs Growth Mindsets 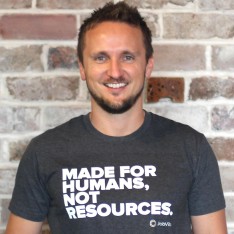 Why do some people reach their potential at work while others, with apparently more talent, don’t? After four decades of research, Stanford Professor of Psychology Carol Dweck believes the answer lies in how people think about intelligence and talent. And her conclusions have big implications for leaders.

In her best-selling book Mindset: The New Psychology of Success, Dweck explains that some people believe their success is based on innate ability and have a ‘fixed’ view of intelligence (fixed mindset). Others, who believe their success is based on hard work, learning, training and persistence have a ‘growth’ view of intelligence (growth mindset).

The difference between these two mindsets becomes especially evident when people react to failure. Fixed-mindsetters don’t like failure because it reflects poorly on their self-worth based on their innate, unchangeable abilities. Growth mindset people, on the other hand, don’t mind failure so much because they believe their performance is a reflection of their current skill level which can be improved and learning comes from failure. This is important because people with a growth mindset are more likely to continue working hard despite setbacks.

Society is obsessed with the idea of talent and genius and people who are ‘naturals’ with innate ability. People who believe in the power of talent tend not to fulfill their potential because they’re so concerned with looking smart and not making mistakes. But people who believe that talent can be developed are the ones who really push, stretch, confront their own mistakes and learn from them. – Carol Dweck

Our mindset is something we learn

“Praising children’s intelligence, far from boosting their self-esteem, encourages them to embrace self-defeating behaviors such as worrying about failure and avoiding risks,” says Dweck. “However, when children are taught the value of concentrating, strategizing and working hard when dealing with academic challenges, this encourages them to sustain their motivation, performance and self-esteem.”

How to help kids develop a growth mindset

Dweck suggests these phrases: “Wow, you really practiced that, and look how you’ve improved.” “See, you studied more and your grade on this test is higher.” “You tried different strategies and you figured out how to solve the problem.” “You stuck to this and now you really understand it.”

What does this mean for your team?

Of course, what works for small humans tends to work for larger humans too. After reading Dweck’s work for the first time I reflected on how I gave praise to friends, family and my team. More often than not, I based praise on how smart they were.

So I decided to shift my approach and started, very deliberately, giving praise based on effort, good strategy, and persistence. It was interesting to see how much more it meant to the person on the receiving end. They also tended to work even harder and persist longer at tricky problems, which in hindsight is an obvious outcome of praising hard work and persistence!

But perhaps more importantly, it changed the way I looked at developing my team. Instead of viewing them as I had been as either capable or hopeless, I started looking at them as all having potential to improve. And it was my job to nurture that potential.

In other words, I started to teach and develop people instead of simply managing them.

What does it mean for you as a leader?

Fixed mindset leaders live in a world where some people are superior and others are inferior, and so they go out of their way to show they’re superior.

They want to be the only big fish. They’re driven by ego and self-interest. They’re the “genius with a thousand helpers” figure rather than the one helping others uncover their own genius. At the most extreme, they’ll wish for their team or business to fail after they leave, because that serves to demonstrate just what a genius they are.

Growth mindset leaders, on the other hand, aren’t interested in proving that they’re better than anyone else.

Rather than always trying to impress, they’re always trying to improve. They also deal with feedback better because they’re not concerned about whether they’re seen as smart or dumb. You won’t see them take credit for other’s ideas but you will see them support and nurture the new ideas of others – even when those ideas might not tow the party line or might be hard to implement. Because for them, leadership is about growth of themselves, their team and everyone around them.

Which would you rather be? History tells us that growth-minded leaders far outperform the fixed. How could they not?